Why does ChemWhat call for not dumping nuclear waste water into the ocean? 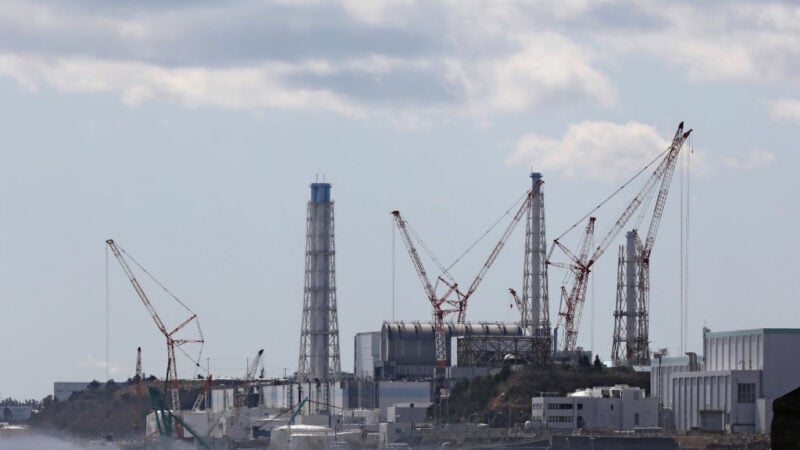 Why rush to dump the waste water?

On March 11, 2011, a magnitude 9.0 earthquake occurred in the seas of northeastern Japan. The earthquake triggered a tsunami and the world’s largest nuclear power plant at Fukushima Nuclear Power Plant’s reactor 1, 2, 3, and 4 all had problems. Unit 5 and 6 also following the scrap。 The nuclear leak caused direct pollution of more than 60,000 square kilometers of land around the nuclear power plant, and more than 100,000 people left their home.

At that time, in order to reduce the temperature of the reactor and avoid meltdown of the core, the Tokyo Electric Power Company, which belongs to the Fukushima Nuclear Power Plant, injected a large amount of cooling water into the reactor. In addition, after the original tsunami hit, there was a large amount of high-concentration water in underground facilities. More and more nuclear waste water with radioactive material is produced.

In the past 10 years, Tokyo Electric Power Company has been processing these nuclear waste water. Many tank-shaped waste water storage facilities have been built in the Fukushima Nuclear Power Plant, but each storage tank can only hold 1,000-1,300 tons of waste water.

According to data from Tokyo Electric Power Company in of March this year, 1.25 million tons of treated water, including the water being treated, were stored in 1061 storage tanks. In the summer of 2022, there will be no extra space in the nuclear power plant for new storage tanks. At the same time, the water storage tank has also been corroded to a certain extent in the past ten years after the accident, and there is a possibility of leakage. Therefore, how to deal with these nuclear waste water has become a top priority.

To do this, the waste water that needs to be sealed and stored cannot be evaporated, allowed to rise into the atmosphere, or sent out of the earth’s orbit, which cannot be realized by current technology. Therefore, after Japan’s assessment, dump into the sea may be the most economical and relatively safe way.

How is it dumped the waste water into the Pacific Ocean?

According to the US Nuclear Regulatory Commission, this dump of tritium-containing water is “usual and safe.” Ironically, the U.S. Food and Drug Administration (FDA) recently decided to ban the import of certain Japanese foods on the grounds of nuclear contamination.

Last year, the Director General of the International Atomic Energy Agency (IAEA) Grossi said at a meeting that discharging the Fukushima nuclear treatment water into the sea “is technically feasible and conforms to international practices.” However, the IAEA also suggested that Japan needs to monitor the impact of nuclear waste water dump measures, actively communicate with neighboring countries and the international community, and disclose information about the dump of waste water to all stakeholders.

The Japan Broadcasting Association (NHK) reported that the Fukushima Daiichi Nuclear Power Plant will start dump work in two years. The concentration of tritium in the wastewater will be diluted to 1/40 of the Japanese national standard, which is also the seventh of the drinking water standard proposed by the World Health Organization. Local governments and aquaculture farmers will also join the monitoring of tritium concentration before and after wastewater dump. The WHO also specifically stated that because tritium usually does not appear in drinking water and will not have an impact on public health, it has a lower priority in testing.

Is it really safe?

Although the above-mentioned authoritative organizations stated that tritium will not have a substantial impact, ChemWhat pointed out that the claim that “radioactive tritium is the only radioactive substance in wastewater” is false. Wastewater also contains the radioactive isotope carbon 14, which has a half-life of 5370 years, can enter all living organisms, and may damage human DNA. Computer simulation results show that once nuclear waste water is dumped into the sea, they can spread to every corner of the global ocean in only three years under the action of ocean movement.

In Fukushima nuclear wastewater, although the content of tritium is at the highest level, it is not easily absorbed by marine animals and seabed sediments. Instead, they are three radioactive isotopes of carbon 14, cobalt 60 and strontium 90, which take longer to degrade and easily enter the marine food chain. These radioactive substances are potentially toxic to humans, and can affect the marine environment and human health in a very complex way over a long-time dimension. For example, the physiological concentration of carbon 14 in fish may be 50,000 times that of tritium, and the enriched concentration of cobalt 60 in seabed sediments is 300,000 times that of tritium.

If nuclear sewage is dumped into the sea, given the characteristics of ocean currents, after nuclear sewage enters the Pacific, it will spread to the north and east of the Pacific under the circulation of the Pacific Ocean current within 3-5 years. Within 57 days from the date of dump, radioactive materials will spread to most of the Pacific Ocean. Three years later, the United States and Canada will be affected by nuclear pollution. Even if the water in the Fukushima No. 1 nuclear power plant is carefully cleaned, if it is dumped into the ocean, it may still cause radioisotopes to remain in marine organisms, including fish, and then accumulate in the human body. It is impossible to completely remove radioactive contamination from the water at the Fukushima nuclear power plant because they are atomic isotopes. For such water, no matter how clean it is, isotopes will exist. The decay process of some elements takes tens of thousands or even hundreds of thousands of years. It is not known what the content of tritium, carbon 14 or other nuclear radiation elements in these 1.2 million tons of water is. After being dumped into the sea, through the diffusion and dilution of the ocean, how large is its range of influence? How much concentration does it reach in the range of 10 kilometers and 15 kilometers? How much of this concentration exceeds the reference range?

What can we do?

As a scientific institution, what we can do is to communicate the potential risks of nuclear waste water dumped into the ocean to the global media and the public as much as possible from a scientific point of view. The disaster at the Fukushima nuclear power plant is a global disaster. We sincerely hope that the whole world can abandon its prejudices, help Japan deal with these disasters, and leave a healthy living environment for future generations.